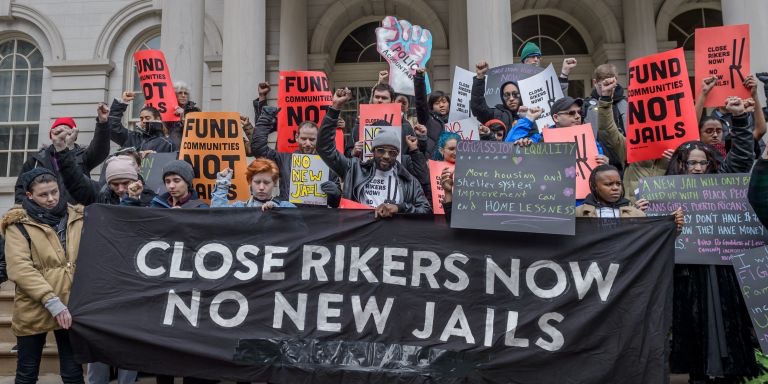 Polanco, also known as Layleen Xtravaganza, was arrested in mid-April for allegedly assaulting a cab driver in Harlem and possession of a controlled substance. She has been jailed in New York City’s Rikers Island Jail for nearly two months.

Out Magazine reports Polanco was found unresponsive in her jail cell at the Rose M. Singer women’s facility on Friday afternoon (June 7). Medics reportedly attempted to revive her before she was pronounced dead.

The Department of Correction says Polanco was housed in a unit meant to reduce violence against transgender people and promised a full investigation.

“This is a tragic loss and we extend our deepest condolences to her family,” commissioner Cynthia Brann said in a statement, according to ABC7.

Members of Polanco’s family and the LGBTQ community planned a rally today (June 10) outside the New York Criminal Court building to demand justice.

Layleen Xtravaganza was a member of the house-ballroom community House of Xtravaganza and has become the tenth Black trans woman to die this year.

“This tragic loss of yet another member of the trans community comes just days after the start of Pride season,” the organizers of Monday’s rally relayed in a statement. “There is no pride to be had while trans folks continue to face an epidemic of fatal violence.

“We demand a full investigation into the death of Layleen Polanco Xtravaganza and transparency with [the] community,” the statement continued.

Melania G Cubilette, Layleen’s sister, has established a GoFundMe to pay for Polanco’s funeral costs. So far, it’s raised more than $12,000 of the initial goal of $9,000.

I have met w/ trans constituents who were put in Rikers.

These women told me about being misgendered upon arrest (even post-surgery), &forced in cells w/ men, putting them in extreme risk. It’s hard to get treatments, too.

Layleen’s family deserves to know what happened to her. https://t.co/eGAEZKCsK5

Polanco’s family and friends during this difficult time.