Measles Quarantine Orders For Students And Staff At 2 LA Universities 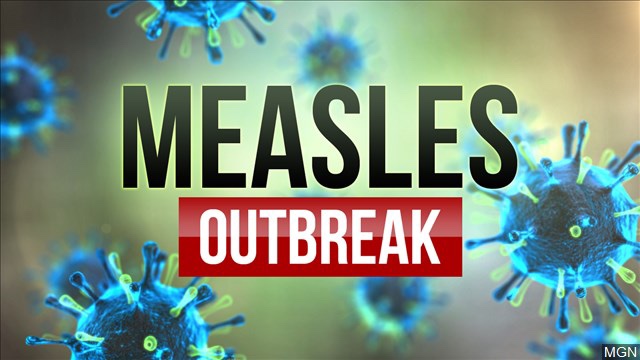 A quarantine order has been issued for students and staff at two Los Angeles universities who may have been exposed to measles and either have not been vaccinated or can’t verify that they have immunity.

The orders come as a small outbreak of measles is occurring in Los Angeles County involving five confirmed cases linked to overseas travel.

State health officials say the number of measles cases is up in California this year and much of the increase is linked to overseas travel.

Dr. Karen Smith, director of the California Department of Public Health, says the state recorded 38 measles cases as of Thursday, versus 11 around the same time last year.

She says the state typically sees fewer than two dozen cases a year.

This year, California’s cases stretch across 11 counties and affect patients from 5 months to 55 years of age.

She says more than 76% of patients were not vaccinated or didn’t receive the recommended two doses of vaccine.

Fourteen of those infected had traveled overseas to countries including Philippines, Thailand, India and Ukraine.

Measles symptoms include high fever, a cough and a rash.