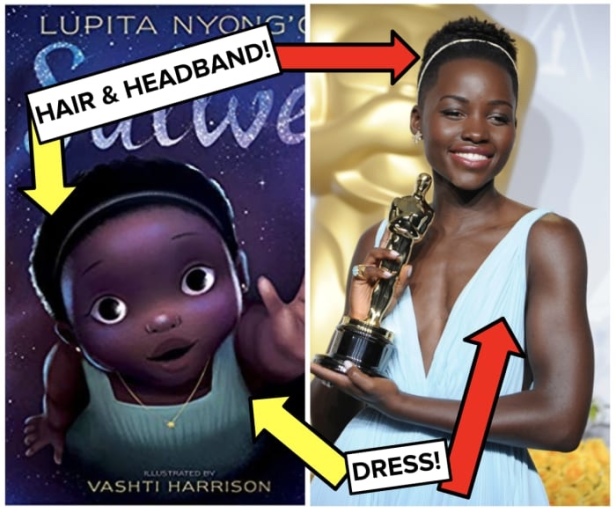 Lupita Nyong’o has aced it in the fashion and acting world, and now she’s preparing to take on a new endeavor: children’s book author.

The actress debuted the cover for her picture book, “Sulwe,” on Monday, April 1, and explained in a tweet why she decided to write the story.

“I wrote Sulwe to inspire children (and everyone really!) to love the skin they are in,” she said.

I wrote a book called #Sulwe! This is the cover, illustrated by @VashtiHarrison! Available for pre-order now & out Oct 1 ➡️https://t.co/O04OLMf5XX
I wrote Sulwe to inspire children (and everyone really!) to love the skin they are in & to see the beauty that radiates from within. pic.twitter.com/z0gpC2neOX

The book, which was illustrated by New York-based author, illustrator and filmmaker Vashti Harrison, follows a young girl named Sulwe (a Luo term for “star”) who “has skin the color of midnight.”

As the person with the darkest skin tone in her family and in school, Sulwe struggles with the desire to have lighter skin like her mom and sister. However, the young girl goes on a magical journey through the stars that transforms her outlook.

Published by Simon & Schuster, the 48-page book is now available for pre-order and will be released on Oct. 1

Nyong’o has previously discussed her personal battle with accepting her skin as it is without comparing herself to European beauty standards.

Speaking to The Hollywood Reporter last year about her book, which was inspired by a speech she gave at 2014 Essence Awards where she candidly disclosed she used to pray to God to make her wake up “a little lighter,” she said she had her remaining self-doubts.