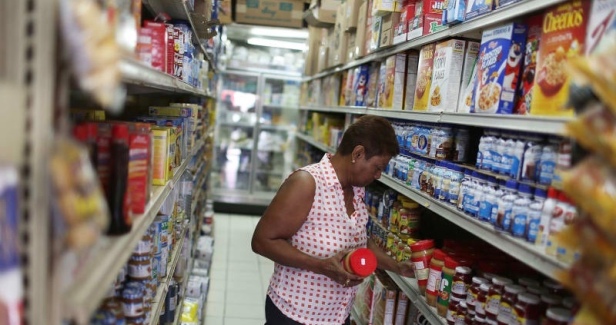 Between an economic crisis, high grocery costs, and continued fallout from Hurricanes Maria and Irma, Puerto Rico says the reduction in food stamp benefits is “alarming.”

More than a million Puerto Ricans have already seen cuts to their food stamp checks this month, as the island continues to deal with the aftermath of Hurricane Maria and a severe economic crisis.

The 1.35 million people on the island who use the Nutritional Assistance for Puerto Rico (NAP) program for basic food supplies began to see significant cuts to their benefits in March, after federal disaster relief funds for the program ran out at the end of February, Puerto Rican authorities told BuzzFeed News.

“The fact that we’ve had to reduce benefits to those that need it the most is alarming,” said George Laws-García, deputy director of the Puerto Rico Federal Affairs Administration, which represents the island’s government in D.C. “Puerto Ricans are being treated unequally and that is unfair.”

For a senior citizen who lives alone, their benefits have dipped from $194 per month to $112 per month. A family of four with a monthly income of around $2,000 has seen their benefits drop from $649 per month to $410 per month, Puerto Rican authorities said. The drop in funding was first reported by El Nuevo Dia.

The Puerto Rican Department of the Family, which administers the program, plans to try to maintain the additional 300,000 families on the program, but that could mean even more cuts to people’s checks in the coming year if NAP doesn’t receive more funding.

After Hurricane Maria tore through the island in September 2017, Congress and the White House approved $1.27 billion for food stamps in Puerto Rico as part of a disaster relief package. Puerto Rican authorities say that provided for close to 300,000 additional people to receive food stamps.

In November, Governor Ricardo Rosselló asked Congress for an additional $600 million to be able to continue providing food stamps to families who, a year and a half later, are still in the process of recovering in the aftermath of Hurricanes Maria and Irma.

He said the program was already not meeting the needs of low-income Puerto Ricans before the Hurricane, since it’s funded at levels far lower than SNAP, the food stamp program in the states, and is treated as a block grant rather than a program that can expand depending on changing needs.

The Democrat-controlled House passed a supplemental disaster relief bill in January that included the $600 million in emergency funding Rosselló requested. But the White House said it opposed the bill, calling the additional funding for Puerto Rico’s food stamp program “excessive and unnecessary.”

Last week, a group of Senate Republicans including Sen. Rick Scott of Florida and Sen. David Perdue of Georgia introduced a disaster relief bill to provide hurricane recovery funds for several states, that also includes the $600 million for Puerto Rico’s food stamps program. Perdue, who is a close ally of President Donald Trump’s, said in a statement that their bill has Trump’s backing.

It’s unclear what will happen with the measure, now being considered by the Senate Appropriations Committee. Sen. Richard Shelby, who chairs the committee, told BuzzFeed News on Thursday that they are still discussing the bill amongst themselves and with White House staff, adding that they haven’t yet sent the White House a final proposal.

He indicated that Senate Republicans are unlikely to pass something that they know will not ultimately get the president’s sign-off.

“The list seems to grow, and we need a finite list to where we can try to evaluate, can we do it or try to do it, and then we’ve got the White House involved, what will they sign, too?” he said. “We’d like to have some sense before we just go off in the wild blue yonder.”

Another Republican who serves on the Senate Appropriations and Budget Committees, Sen. Lindsey Graham, told BuzzFeed News he is open to additional disaster relief food stamp funds for Puerto Rico, but said he has “no idea if it’s a reasonable amount or not” to provide $600 million.

“But yeah, they’ve been hit hard twice,” he added.

Since Congress removed the island from the national food stamp program in 1982, NAP has always been funded at lower levels than states receive for SNAP benefits. It gets a capped amount of roughly $2 billion per year, which has remained mostly flat since the 1990s.

As it’s funded at lower levels, NAP has a lower poverty threshold, meaning that it is not available to thousands of families who would likely qualify for SNAP in the rest of the US. According to Census Bureau data, Puerto Rico’s poverty rate was 44%, compared to 12.3% nationally — and that’s according to the latest data from 2017, before Hurricane Maria was taken into account.

The independent Puerto Rico Institute of Statistics also found in September last year that Puerto Rico ranks 15th most expensive among the largest 295 metro areas in the nation for the cost of grocery items.

A separate bill introduced this week by Sanders in the Senate and Rep. Nydia Velazquez in the House seeks to bring Puerto Rico and other US territories back onto the SNAP program.

“We are aware that this bill is not likely to pass with a Republican controlled Senate and White House which is why we are also fighting for additional disaster funds,” said Josh Miller-Lewis, a spokesperson for Sanders.

“Disaster NAP relief merely granted Puerto Ricans the same level of nutritional assistance that they would receive in any state,” Laws-Garcia said. “If Congress does not take immediate legislative action, Puerto Ricans will continue to suffer unnecessarily.”