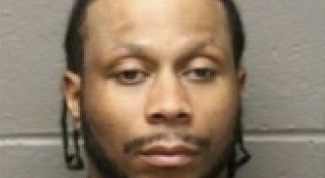 A New Jersey man pleaded guilty to fatally beating his girlfriend with a hammer while she slept, NJ.com reports.

According to the website, Lashawn Smith, 36, admitted to killing Sarah Phillips, 28, by striking her in the head with a hammer four times on Nov. 3, 2017.

Phillips was pronounced dead when police arrived at the home just after receiving a 911 call, authorities said.

Phillips died from multiple blunt- and sharp-force injuries, WPVI reports. According to the station, Smith was angry that Phillips was seeing another man.

Police reportedly arrested and charged Smith the day after Phillips’ body was found.

According to her obituary, Phillips was a mother of four.

As part of Smith’s plea, state Superior Court Judge Bernard E. DeLury entered a non-negotiated agreement for a 40-year sentence, and 85 percent of the sentence must be served before he will be eligible for parole, NJ.com reports.

He is reportedly scheduled to be sentenced on Feb. 22.