Fresh At 50: Will Smith Made Epic Bungee Jump Over Grand Canyon For 50th Birthday 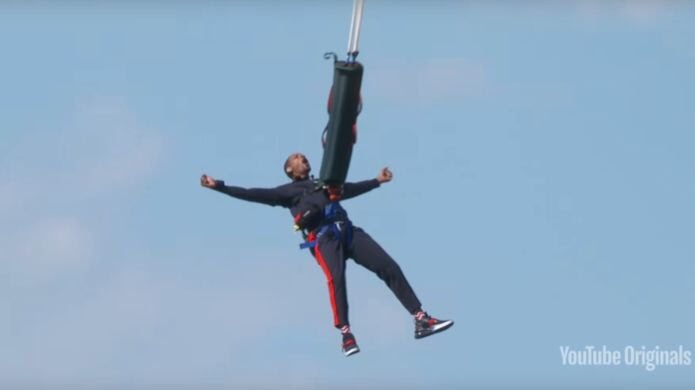 Will Smith has become far more than a rapper and actor in his middle-age years, serving as one of the most inspirational figures online today by way of his massive social media following.

Using the power of his influence for positive reasons once more, Smith answered a challenge to do a bungee jump out of a helicopter over the Grand Canyon.

For just over nine gripping minutes, Smith is seen preparing for the jump with his wife, Jada Pinkett Smith, and children Tre, Jaden, and Willow watching from afar with longtime friend and former Fresh Prince of Bel-Air co-star Alfonso Ribero narrating the moment.

Smith answered a challenge from Yes Theory, a YouTube channel that features people doing acts outside of their comfort zones in order to get them to face their fears.

Smith agreed to Yes Theory’s challenge but only as part of a charity drive. Via Omaze, fans donated $10 for an entry into a contest to see yesterday’s (Sept. 25) in person, with the monies going to Global Citizen’s education campaigns to aid students in learning around the globe.

The jump was successful, and the look on Smith’s face proved that the stunt was beyond exhilarating. In one tense moment, Ribero upped the suspense as Smith was getting unhitched from the bungee device with his family looking on.

Watch the moment unfold below.

Happy Birthday to the Fresh Prince, Will Smith.