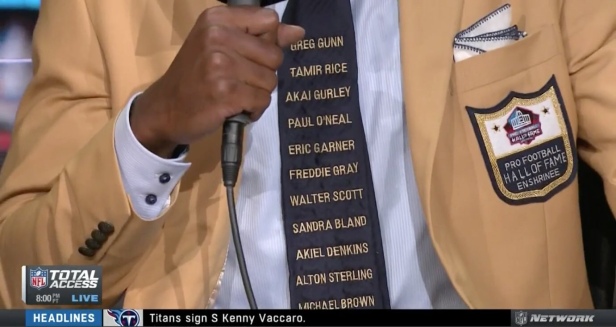 Randy Moss made a powerful statement about police brutality and abuse of minorities during his induction into the Pro Football Hall Of Fame.

The retired wide receiver wore a tie to the ceremony that listed black men and women killed by police in recent years, including Sandra Bland, Freddie Gray, Alton Sterling, Michael Brown and 12-year-old Tamir Rice. Moss referenced Uncle Ben’s famous “Spiderman” speech in an interview with the NFL Network after the ceremony, implying that his platform comes with “great responsibility.”