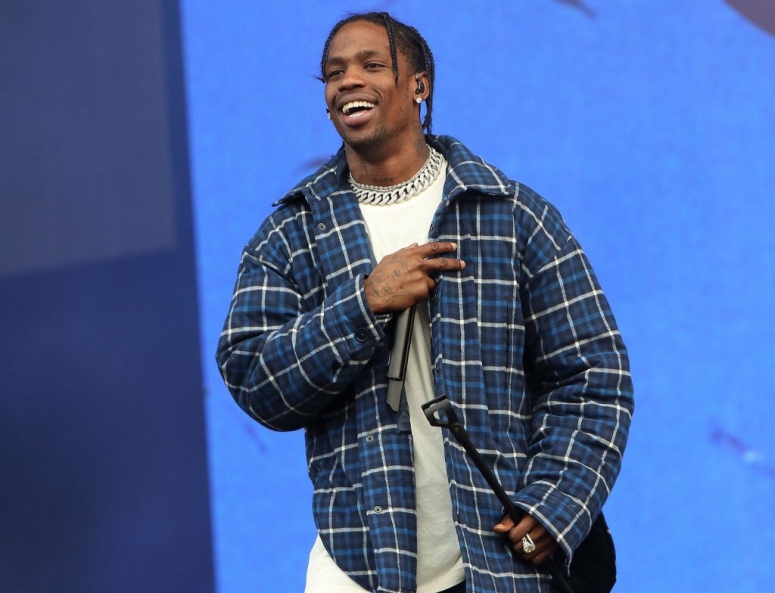 Travis Scott is giving back.

The rapper donated $800 to one of his fans to help cover the cost of his mother’s funeral.

Peter Valdriz reached out to Scott earlier this week when the rapper was offering to give away $100,000 to a select group of fans. Valdriz tweeted that he would use the money to help pay for the service.

“This would definitely help with my Mom’s funeral cost. It’s worth a shot,” he wrote.

Scott replied almost immediately, sending the fan $800. After receiving the money, Valdriz posted a screenshot of the transaction on Twitter. 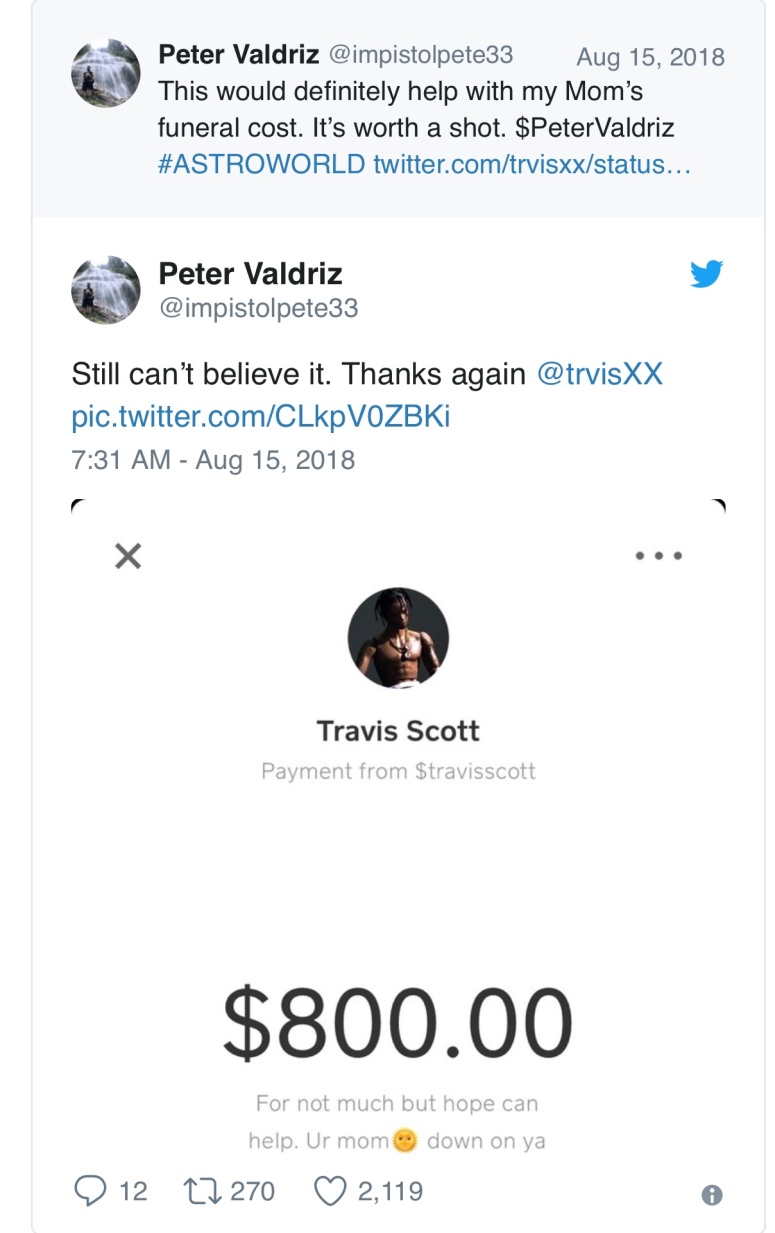 “For not much but hope can help,” Scott wrote on the money transaction. “Ur [sic] mom [shining] down on ya.”

According to TMZ, Valdriz’s mother died last week after a battle with a brain virus. He received the money on what would have been his mom’s 52nd birthday.

“Knowing that someone is out there trying to help us during this difficult time means the world to us,” Valdriz told TMZ. “I personally want to thank Travis Scott for really making a tough day for my family into a day we can cherish.”

Scott announced the $100,000 giveaway in celebration of his latest album drop.