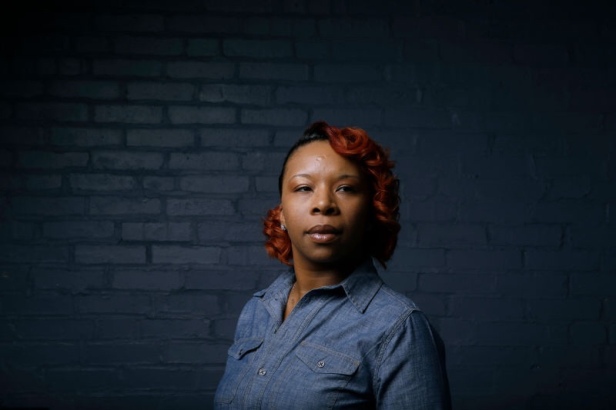 The mother of Michael Brown, the unarmed teenager who was fatally shot by a police officer in Ferguson, Missouri, four years ago, said Friday that she is running for city council in the St. Louis suburb.

Lezley McSpadden announced her candidacy along Canfield Drive, near the exact spot where her son, who was black, was shot and killed on Aug. 9, 2014, by a white police officer.

“Almost four years ago to this day, I ran down this very street, and my son was covered in a sheet,” McSpadden said, fighting back tears. “I learned to walk again, and this is one of my first steps.”

She said she anticipated that some people might ask why she was qualified to seek elected office.

In response, she said: “If a mother had to watch her son lay on the street for four hours, and watch our community be completely disrespected by the people we elected, what would you do?

She was joined on Friday by friends and family, as well as Benjamin Crump, the prominent civil rights attorney who represents the Brown family. He led chants of “Run, Lezley, run!”

Crump said McSpadden’s political bid was a way to “transform the pain to power.”

McSpadden is also calling on Missouri Gov. Mike Parson to reopen the investigation into Brown’s killing. More than 15,000 people have signed an online petition as of this writing.

Wesley Bell, an attorney and former municipal judge and prosecutor, defeated McCulloch in the Democratic primary. Bell is all but certain to win in November as no Republicans were on the ballot.

Brown’s death sparked protests and clashes with police in Ferguson. It also intensified a national debate on race and policing.