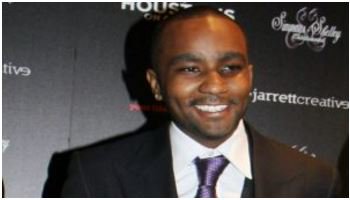 It’s been a while since the name Nick Gordon has been in the news and, unfortunately, the reason the former boyfriend of Bobbi Kristina has resurfaced is not a good one.

Gordon was arrested Saturday morning after his girlfriend, Leil, filed a police report alleging the 27-year-old beat her Friday night and held her in her home.

“Gordon’s girlfriend told police he was pissed off because he thought she was trying to hook up with one of his friends at a sports bar Friday night,” TMZ reported. “She says they got home from the bar and argued into the early morning.

“When she tried to leave, Gordon started ‘punching and hitting her and refused to let her leave.’ She says he also snatched a laptop she was trying to use to communicate with her sister.

“According to the police report, she was only able to leave when she woke up Gordon’s mother, who apparently also lives in the home. Gordon’s mother drove to the gf’s home … where the gf’s sister then took her to the hospital.

“Nick told police he did not hit the woman, and claims she attacked him … and wanted to press charges against her.”

The Seminole County Sheriff’s office confirmed to People magazine that “Gordon’s bond was set at $15,500 — $500 for the domestic battery charge and $15,000 for the false imprisonment charge.” Gordon has also been ordered not to contact Leil and if he posts bond he’ll be required to wear a GPS monitoring ankle.

TMZ obtained photos of the bruises Leil allegedly sustained during the altercation Friday night. Just nine months ago, Gordon was found legally responsible for the death of Bobbi Kristina and ordered to pay $36 million to Bobbi Kristina Brown’s estate. He’s set to appear in court again regarding this case on August 1.